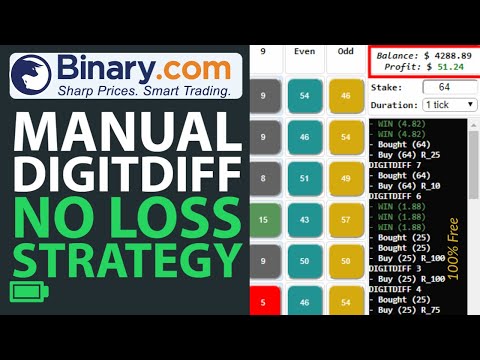 I need a version control tool that will support complete versioning history of large, possibly binary, files. Not extremely large, but lets say 0-1 GB in size typically, ideally a bit more.
It needs to be efficient, i.e. only transmit the changes in the file (similar to what rsync can do). This rules out git-lfs, which only stores the latest version.
I'm unsure if git itself could be suitable, github apparently puts a hard limit at 100MB per file but I couldn't find much info about the viability of using git in general for large files assuming there is no limitation imposed by the provider.
The kicker is that I also need to be able to merge files. This rules out SVN, which might otherwise be a good option. The diff tool, if there is one, doesn't need to be able to make sense of changes in case of merge conflicts, and it may not even be able to solve them at all except for the equivalent of --ours and --theirs, i.e. choosing which version to keep, A or B. But it needs to be able to merge in case there are no conflicts, and the changes are in different parts of the files.
What are my options? Does anyone have any experience with similar scenarios?

The discussion in this thread and the voting over here have both indicated huge support for using github.
There are still a few problems with binary files (which we could have a lot of) but miyakohouou has suggested a workable solution. We just need some hosting space.
 Source control is an important decision, because it sets the mood for the entire project.

Most people are familiar with SVN, which would make it a logical choice except it doesn't really fit the community development model which we are trying to achieve. The SVN development model is based around a central server.
At the start of their development session, every developer will update their repository to the latest revision and start their work from there. They then work on their feature/bug-fix and then test it before committing their changed back to the central server. If someone has made any changes to the same files, then the commit will probably fail, requiring the developer to manually merge their changes into the latest version. Merging is hard in SVN, which leads to developers going out of their way to avoid it, by avoiding branching, skipping testing and committing incomplete code.
Each developer requires a password for the SVN server before they can commit anything which leaves us with 2 choices. We can either give passwords to anyone who shows interest in development, which creates trust issues, or limit passwords to a few key developers and force anyone else to submit changes via diff patches. But remember, merging is hard in SVN, so the longer it takes for patches to be acted on, the harder they are to merge into the main tree.
In my experience, SVN works best with around 5-10 developers.

One alternative is git. Git is a distributed version control system originally created to support the development of the Linux kernel which has thousands of developers.
Instead of requiring the project to use a single central repository, each developer gets their own personal repository. This has many advantages, such as allowing the developer to commit their changes locally before they are finished. When the developer finishes their changes, they have to options. If they have access to the master tree they simply push their changes into it. If they haven't been granted access (say they are new) they just make a post on reddit with a link to their personal repository and someone who does has access can pull their changes and push it into the master tree.
No matter what method is used, the master tree will show the complete history of all commits made in a developers personal repository. Because the git development model encourages forking/branching and merging, merging is much easier than SVN.
For more information on the git's development model, Linus Torvalds did a talk at google few years back explaining git.
github is a git hosting site designed for collaborative projects like ours and is free for open source projects.
In conclusion, using SVN would be a bad idea and git would work much better for a massive collaborative project on reddit, mainly because it provides a lower barrier to entry for new developers.

In such a case I think using --force option just for viewing the diff makes more sense. – Rishi May 9 '14 at 17:52 @Rishi, no, it doesn't; there is a separate "svn:executable" property which determines whether the file should have executable permission bits. – Michael Aaron Safyan May 11 '14 at 21:13. add a comment 114. You can get diff even for a file marked as binary by using --force ... This option provides output similar to the copied context format. Instead of displaying the two files separately, it merges them together. christopher:~$ diff 1.txt 2.txt -u --- 1.txt 2019-10-20 12:05:09.244673327 -0400 +++ 2.txt 2019-10-20 12:11:31.382547316 -0400 @@ -1,5 +1,5 @@ cobweb -locket +LOCKET acoustics +records expansion -record. As you can see, it uses the same symbols as before ... TortoiseSVN → Diff for any of the common image file formats will start TortoiseIDiff to show image differences. By default the images are displayed side-by-side but you can use the View menu or toolbar to switch to a top-bottom view instead, or if you prefer, you can overlay the images and pretend you are using a lightbox. I'm using svn diff -c 789 to show the changes made in revision 789 of our software, but it's showing a lot of files I don't care about, in particular test files. How can I exclude certain files from the diff, for example all files which match the pattern *Test.java?. I'm using Cygwin on Windows, if that's important. Inconsistent result of SVN diff command. svn,diff. Alas, you fell victim to the "Peg Revision Fallacy". Some time in its history, the file Request.java was replaced by another file of the same name. Therefore, you need to make sure that you also specific the correct peg revision when querying the repository, which is done by appending @revision... If you want it to use the full path, you have to explicitly ask it to do so with the -p option: patch -p 0 < httpd.patch. The number after -p is how many levels to remove from the filename path; -p N strips off everything up to and including slash number N. The first slash is number 1, so -p 0 means "don't strip anything". In general, you might be better off not relying on having the full path ... Do all 00157 * allocation in @a pool. 00158 */ 00159 svn_error_t * 00160 svn_diff_diff3(svn_diff_t **diff, 00161 void *diff_baton, 00162 const svn_diff_fns_t *diff_fns, 00163 apr_pool_t *pool); 00164 00165 /** Given a vtable of @a diff_fns/@a diff_baton for reading datasources, 00166 * return a diff object in @a *diff that represents a difference between 00167 * two datasources: "original" and ... Binary files have the problem of not really being good to compare, and thus if developer a and b both retrieves the latest version, and then developer a commits a new revision before developer b tries to do the same, some type of conflict will occur. Developer B might be left with no option but to try to figure out the changes by himself. Select 'Diff Viewer' Configure in the right-hand pane. As I commented, you have two different questions here, and the one asking for suggestions for binary diff tools has already been covered here on SO. I'd suggest you reference the the answers to that question to see if they are useful and target this question in one direction only. And his answer worked for me better than the normal svn diff --force. However, if running on a DOS machine (e.g. via Cygwin), you may need to modify his answer slightly. The following diff + patch worked for patching my text + binary files in Cygwin using the --binary arg: